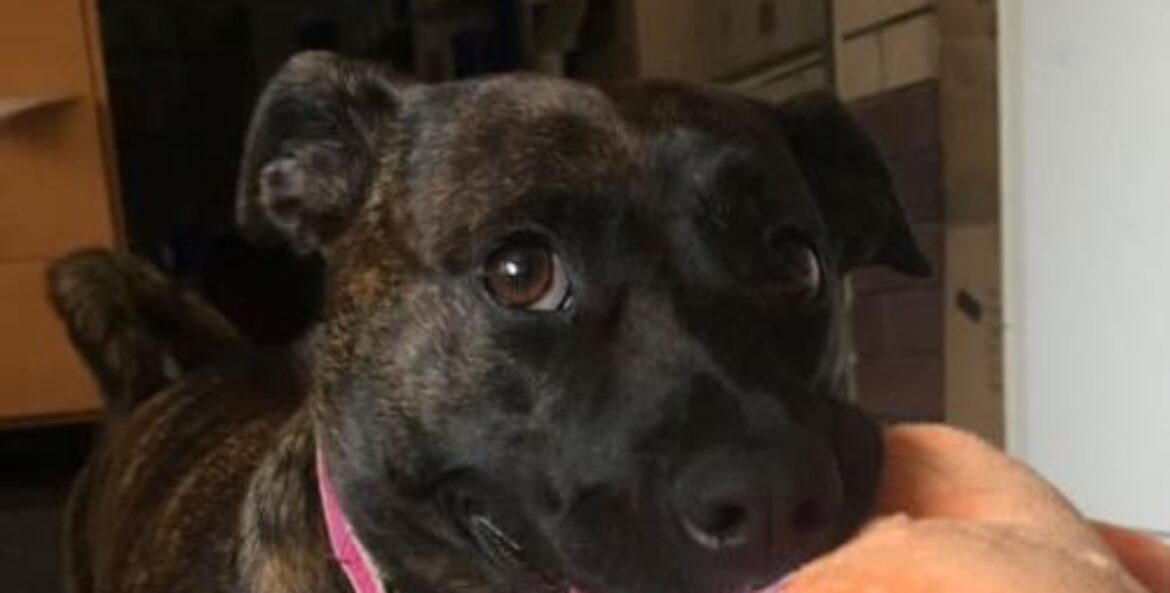 I met Kim and David on the river during a Pups on Pups session and their rescue story was so moving I asked if they would mind sharing. They have spared us some of the gory details but thank heavens they found each other and Tembi is now thriving from love and kindness.

This is their story.

We rescued Tembi in May last year from APS in Southern River – or rather she rescued us!!

We lost our 15 year old Jack Russell, Impi a few months previously and were going through many personal issues.  We decided to adopt, not shop, and went to see Tembi at the APS.  She had been picked up off the streets after evading a lady for over 5 weeks – she was starving and scared.

The wonderful volunteers at APS fed her and gained some trust before they put her up for adoption.
When we brought her home the enormity of her abuse became apparent – she was fearful of strangers, especially men.  She was scared of bikes, water, sticks, feet and loud noises.  Her instinct was to attack rather than be attacked.

We took her to puppy school at the RSPCA. They advised that had they picked her up she would probably have been euthanased as she was too unpredictable.  We did some 1-1 training with her but most of all we have given her a safe home with consistency, love, gentleness and toys (she has learned to play).  We will probably never be able to walk her off a lead, and she may always have some anxiety with new people and situations.  But love can heal and she has given US so much love!! She has rescued us and we are blessed to have her. She is a happy girl and that brings us so much joy.

Tembi is an African name and means Gift or trust – perfect for our girl.